The One Year Milestone Approaches… 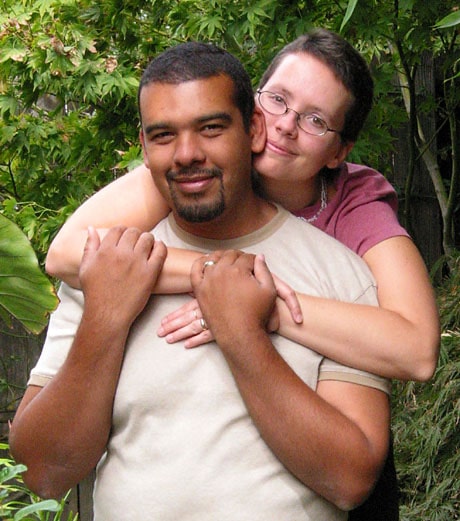 We held an impromptu gathering for Bri in our living room ~ a family directed home funeral.

BIRTHS, GRADUATIONS, WEDDINGS, and DEATHS are family affairs. Our American culture, generally speaking, has a weird relationship with death. We deny it. Live like we’ll never die. Admire youthfulness and sexiness decades past when other fine attributes should gain importance… On a whole, we avoid discussing the subject at all costs.

When someone close to us ~ a friend or family member ~ dies, common rituals are so far removed from their everyday lives and our relationship with them that most people end up feeling confused, estranged, out-of-place, out-of-touch, isolated, alone in their grieving process, unable to speak or participate in meaningful rituals, and spontaneous commemorative gestures.

After my daughter-in-law Briana died, Marc and our family decided to forgo conventional death arrangements: having her remains picked up by the coroner’s office, followed by an autopsy (since she died at home), funeral home arrangements, formal religious services, a casket burial, etc.  We wanted to do things more intimately…just as Bri would have preferred.

The kindly Memorial Hospice nurses told us we could keep Bri’s body at home for a few days to say our farewells. So, we did…for a day-and-a half. This allowed Bri’s  closest family & friends to come say their  “good-byes.” A family friend, who had helped care for her & shared homemade food, came. Bri’s best friend & husband drove up from Daly City for a tearful good-bye. Bri’s Uncle, Aunt, and cousin, whom she had lived with for several years, drove up from Marin county. Her Dad, step-Mom, another aunt, step-brother & step-sisters drove up from southern California as soon as they got the news. Marc’s Dad came, too. Another good friend from Hawaii, who was in California at the time, also stopped by.

Bri’s body had been lovingly washed by Marc after her death under the tutelage of the gentle hospice nurse. I washed Bri’s hair….which her aunt &  I had done weekly in the last three months of her life. Marc, the hospice nurse, and I  put a clean sheet under Bri’s body covering up the foam mattress and the armchair, she had lived in for the last few months of her life.

Then Marc dressed her body in Bri’s favorite navy blue flowered summer dress. She took that beautiful dress on every vacation and had worn it for many special occasions. Marc decided to leave her feet, now marble white and a bit swollen, bare. Bri had loved being barefoot anyway. He arranged her hands across her lap and selected two precious photos, a favorite of them together and a darling bright-eyed one of Bri as a girl that her dad had taken, to lay on her ~  honoring her inner child and Marc & Bri’s loving marriage. She was now ready for visitors.

In my great-grandparents’ time, this used to be the way families did things and some of our American ethnic cultures still do so. In many families, the wake would be held in the living room, but we didn’t want to move her body downstairs out of the master bedroom, which had been Marc & Bri’s ‘apartment’ in our home. Leaving Bri upstairs allowed each of us some privacy to be with her and to grieve, alone or with others. Marc played an exquisite chant by the Dalai Lama softly in the background. Music Bri had listened to, almost continuously, for the last few days of her life.

Everyone who came by, despite heart wrenching grief or fears of seeing a dead body, really appreciated the chance to spend some time with her body…and their feelings of love, gratitude, and loss.

We held an impromtu gathering for Bri in our living room ~ a family directed home funeral. Originally came across information on what possibilities there are for these sorts of services, and what’s legal in California, from Jerrigrace Lyons of Final Passages (Sebastopol CA). I had been researching information the year before to make things easier for our family members, when Bill’s & my own deaths happen.

Jerrigrace came to our home the morning just after Bri’s death. She explained what steps had to be done, made arrangements to have all the legal paperwork done, obtaining Bri’s oncologist’s statement confirming her death so we didn’t have to have to agree to a coroner’s autopsy, made the cremation appointment for the following day, and agreed to come back in the early afternoon to take Marc around to sign the death certificate, etc.

It’s very peculiar to be hiring someone, chatting about their services, within hours of your beloved’s death. All these details are painfully awkward to discuss when you’re not familiar with them…and have no plans in place. And pretty much impossible to handle oneself, when you’re in shock from a profound loss. But Jerrigrace and her husband are as natural as utter strangers can be in a profoundly uncomfortable personal situation.

With Final Passages handling those details, we were left with ourselves and time to process our feelings.

The next day, Jerrigrace & her assistant delivered a simple cardboard casket for Bri’s cremation. We didn’t have anything planned and without any cultural precedents to guide us, improvised on the spot. Jerrigrace & her assistant with Marc and other family members lifted Bri’s body into the casket, while I was busily gathering items from the house & garden to include in the casket as symbols of Bri’s life and loves.

It didn’t seem right to me, to send her off in a bare cardboard box. Bri’s life had been SO rich, full of passion & enthusiasm. I urgently wanted to honor all those facets of her life as part of our goodbyes.

Ocean, Earth & Sky ~ Offerings to be transformed by Cremation’s Fire

With only a few minutes to assemble things to honor Bri’s life (we were on a tight schedule to get to the crematorium on time), I looked around the kitchen, one of Bri’s favorite places since she was an avid cook & food blog author; through a collection of shells Bri had given me that her Mom had treasured; and then out in my garden.

Here’s what was selected to go with her.

I placed a new white dishtowel embroidered with a bright cheery insects ~ a red ladybug, a blue butterfly, and a yellow bee ~ on her lap: representing her love of cooking & gathering with family and friends around delicious food.

As I put each item in the box, on the towel or around her body, I explained what it represented in her life:

A porcelain hummingbird with a broken beak that had been hanging in our kitchen window for over a decade: The hummingbird was one of Bri’s animal totems. Didn’t she delight us like hummingbirds do? And though her spirit soared, her body was broken….like the fragile beak.

A tiny brass bell from India that she used to ring to call our attention when she needed help with something, if we were downstairs. She didn’t have enough breath or strength to shout.

A tiny oxblood hued heart-shaped pebble from a friend. Bri was full of heart and heart-felt.

A zig-zag patterned seashell from Bri’s Mom’s collection, two sculpted beach stones from Santa Barbara where she was raised, and two different kinds of kelp we had gathered from a northern California beach outing we had taken earlier in the year – one of the last times Bri had been able to go. Bri LOVED the ocean, being near water. A native Californian, who had always lived within an hour’s drive or so of the Pacific  coastline, the beach was in her blood.

A Fig Leaf (naturally), from the 6 foot tall fiddleleaf fig Bri’s had been growing since she was young. Bri & her mom always grew potted fig plants, even using them as a southern California version of a Christmas tree!

Fuzzy rose-scented geranium leaves from her luxuriant potted plant. Bri LOVED the rosy fragrance. And stalks of fuschsia & brilliant red geranium (pelargonium) flowers, since it was autumn, long past when the scented geranium blooms.

Even with the impromptu rushed presentation, people sighed, murmuring in agreement, as each item was placed in the box with its “story”. This was right. After a moment of silence, we closed the box to transport it  to the crematorium via the Final Passages van.

Marc’s mom-in-law was able to come and Bill’s folks too. They joined us at the crematorium set on a Sebastopol hill surrounded by lovely cemetery gardens. It was a beautiful autumn day with blue skies, warm sunshine. Turned out to be the same place where Marc’s paternal grandmother had been buried in the rose garden, decades ago. Another “happenstance” family connection.

The thirteen of us gathered there were permitted to come into the kiln room, to see Bri’s precious form for the last time before closing the lid in farewell, and witnessing the box sliding into the cremation oven. With the turn of a switch, the gas fires roared orange through the viewing vent. It was a powerful moment. Sacred and natural. Personal and meaningful. As it should be. And as Bri would have wanted.

You may read more on family-directed home funerals:

~ In this July 21st, 2009 New York Times article: Home Burials Offer An Intimate Alternative
~ Or at the Final Passages website

8 thoughts on “The One Year Milestone Approaches…”