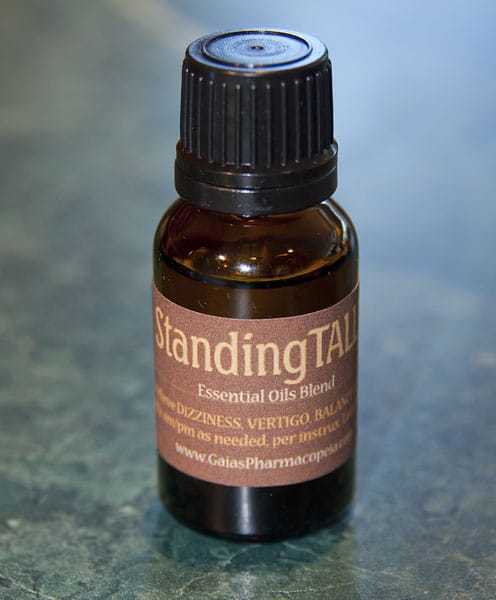 “ I am happy to report that my bouts of vertigo have disappeared. ”

Thank you for your recent email concerning a follow up since I have been using StandingTall.

In all fairness to you and your product a summary of my history with Menieres is necessary.  I have been dealing with this Syndrome since in my late 20s.  I dealt with it for ten years without seeking medical attention because my episodes were not often.  After a few years my annual episodes went from yearly to semi annually and eventually advanced to monthly then weekly, that is when I went to the ER and was referred to a Neurologist.  After ruling out several medical issues, I was diagnosed with seizures and prescribed and anticonvulsant. As the episodes worsened, the medication was increased for the next five years.  After five years my Neurologist suggested that I see an ENT who ran tests and interviewed me extensively because symptoms mimic so many other illnesses.  After 15 years, in 2000, at the age of 43 I was finally diagnosed with Menieres and weaned off of the seizure medication.  By this time I had pressure, a horrendous noise and the hearing in my right ear was severely impaired.  The summer of 2002, vertigo no longer responding to Meclyzine, led to four injections of Gentamicin to my inner ear with negative results.  In November 2002, an endolympatic shunt was placed in my right ear.  Vertigo ceased, however I was left with terrible side effects from the injections that surfaced three weeks after surgery.  Vestibular rehabilitation was ordered to retrain my balance. Although my balance improved, I was left with the “drunken sailor” internal feeling that I live with to this very day.

In August of 2014, after 12 years of minimal vertigo, it struck again, this time with a vengeance.  Assuming because I was older, and Menieres high rate of attacking the second ear I convinced myself to hold on and go for the second round of this horrible Syndrome.  Realizing this vertigo was nothing like the vertigo of the past I researched a bit (when not dizzy and glued to the couch for hours).  This is when I was educated to the fact that there is Menieres vertigo and also BPPV. It appears that I have been blessed with both.

In December 2014, a cousin, also dealing with health issues who was researching Essential Oils, forwarded your website to me.  After reading about your Dad, I decided that I had nothing to lose so placed an order for StandingTall.  It arrived in a very timely manner.  I began  using, as instructed that very evening December 8, 2014.  For four days within 10 mins of applying, vertigo would surface reach a certain point and subside.  Determined that the oils were reorchestrating whatever the cause of the vertigo, I did NOT give up.  I continue to apply twice daily along with the heel thumps, deep breathing and hand holds.  I am happy to report that my bouts of vertigo have disappeared.  Family has commented on how much better I am doing and I give full credit to your oil and refer to it as my “magic potion”.  Thank you for taking the time to read this email and thank you so VERY much for helping me to get my life back.  I would highly recommend this oil to anyone who is at the beginning stages of whatever is causing dizziness vertigo or balance issues.  If not at the beginning stages, try it anyways.  Like me they may see and appreciate the slightest improvement believing that one day it will make a huge difference.