Our Sense of Smell Stimulated by Quantum Frequencies?

The question: What property of an odor molecule (the odorant) do our nose receptors pick up?

The popular – but still unproved – explanation of smell assumes that shape is the factor, with receptors fitting like a lock into the molecule’s key. But the shape theory doesn’t explain why some nearly identically shaped molecules smell vastly different… such as ethanol, which smells like vodka, compared to ethane thiol with the nasty smell of rotten eggs.

Biophysicist and perfumer, Luca Turin’s controversial theory (1996), says that odorant receptors react to the vibrational jiggle of a molecule’s atoms*. Turin holds molecule shape still is a factor as it determines the odorant’s overall vibrational frequency.

Physicist Marshall Stoneham along with University College London colleagues have constructed a specific mechanism based on the properties of so-called G-protein coupled receptors, which project from olfactory cells inside the nose. The researchers think the odorant fits into an area between a site that donates an electron and one that receives the electron. In this scientific model, the receptor switches on when an electron hops from donor to acceptor. The group calculated that an electron could “tunnel” through the barrier imposed by the odorant, an effect made possible by quantum mechanics. Before tunneling, the electron distorts the odorant molecule’s electrical field. When it tunnels, it effectively disappears**, causing that electrical field to wobble like a plucked string, Turin explains. Tunneling is likely to take place if the plucking matches the molecule’s natural mode of vibration.

**EO Blog comment: Gary Young has said if recipients’ blood is drawn/tested immediately after essential oils are applied in an attempt to identify the essential oil components remaining in the bloodstream, that none will be detectable. Seemingly, the essential oils VANISH as they are absorbed by our bodies even though their effects can be profound!

The process is more like a ‘swipe card’ than a lock and key, remarks Stoneham, who adds he was skeptical of the idea when he first met Turin a decade ago. “The way the numbers worked out, it looks like a perfectly credible mechanism. The reason we’re not 100% certain is we don’t know the detailed structure of the receptors.” This is beginning step “to devising better tests of Turin’s theory,” comments biochemist Shuguang Zhang of M.I.T., whose lab is exploring the idea. “At least it shows the alternative theory is possible.”

Turin says the strongest tests of his theory come from studies in which researchers replace an odorant atom with an isotope of that atom, which has a slightly different weight, changing the molecule’s vibrational frequency. In animals with keen senses of smell, his predictions hold up, but evidence is mixed in people whose olfactory ‘gifts’ are more variable.

A study in Nature Neuroscience (2004), found people could not discriminate between two such odorants. An accompanying editorial commented “…it does not matter whether the [scientific or] lay public believes in the vibrational theory of olfaction; the truth will eventually come out.” This new model may hasten that day. 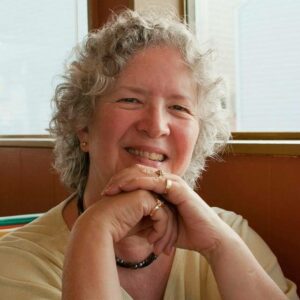